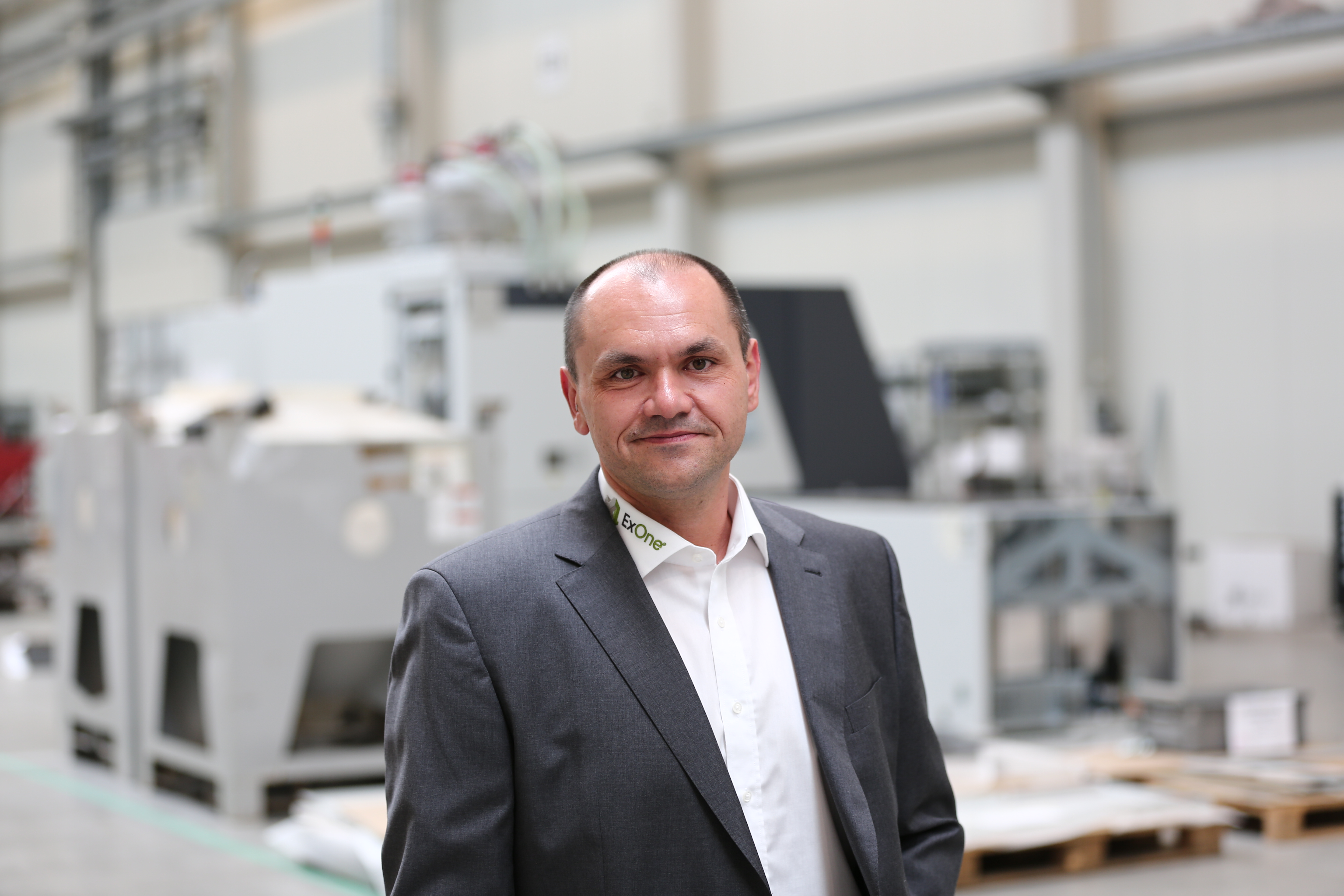 A trained Master Machine Builder, Thomas Leinauer has a solid foundation for his role as Head of Production and Purchasing for ExOne. Perfecting that role for almost 18 years he’s watched the company grow from a six-person operation to a mature equipment supplier. Everything starts as nothing and he laughs thinking back to the beginning, when the company operations and culture were akin to many startups, saying “we started in a small garage type-building basically nailing together kind of a 3D printer.”

But that startup-drive lead the team to, in Leinauer’s words, “build something pretty impressive.” Today operations in Gersthofen, Germany employ around 150 people. He is responsible for mechanical and electrical production, material management, purchasing, and facility management, meaning about a third of all employees fall under Leinauer’s management. 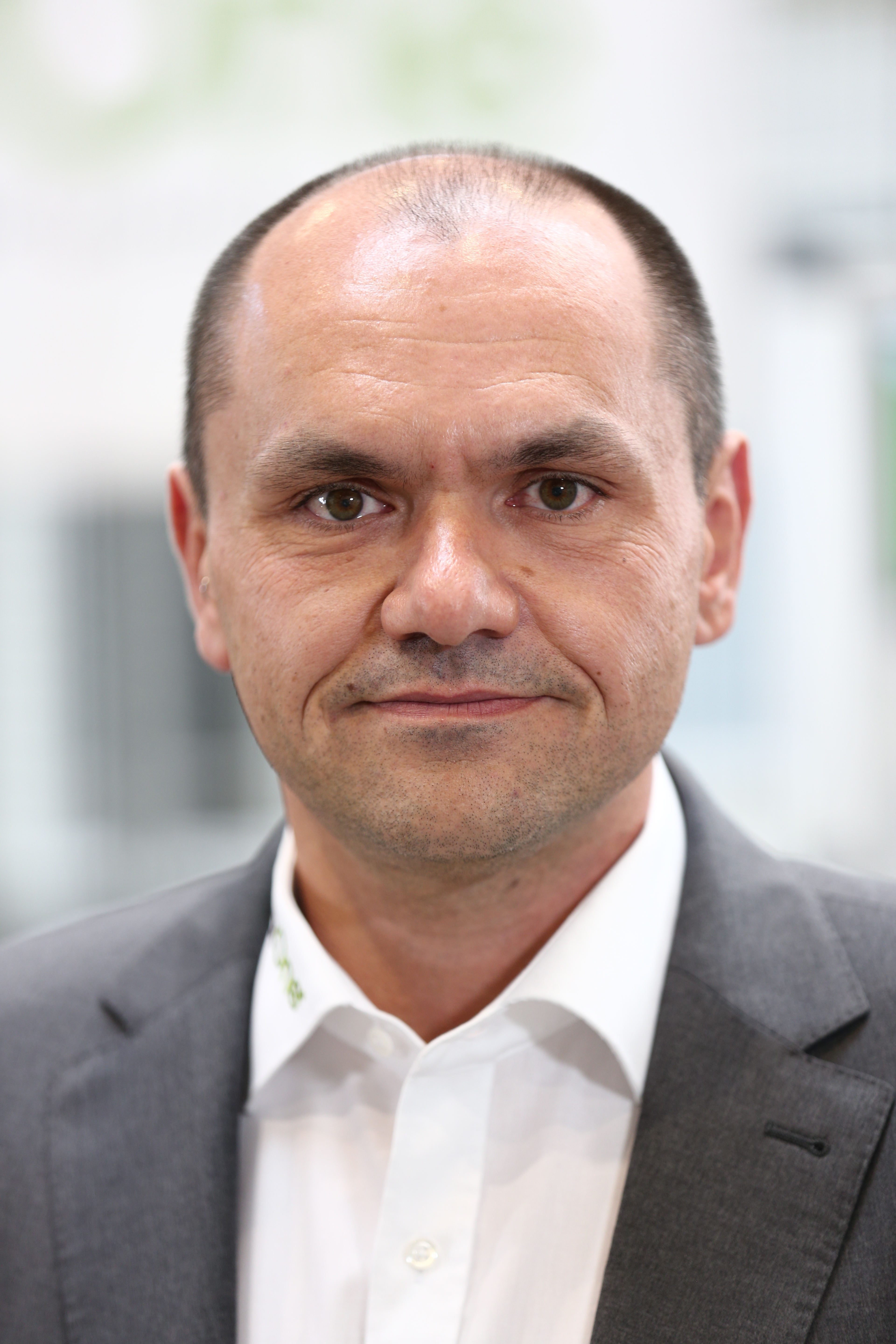 We’ve tried unique things in the past and found we were doing things a bit weird,
so we learned that sometimes the standard production solution is really the most
effective one.

With nearly two decades in the additive manufacturing industry, Leinauer has seen the evolution of both the products offered and the expectations of the customers. “When we started it was a,” he said. “Everyone else asked ‘Isn’t 3D printing something for toys?’ But out of this small corner of, let’s say, “freaks”, we’ve been able to establish an industrial product.”

And to make that change he notes how the company had to grow from its startup roots and learning by trial and error to a factory with established processes that provides reliable machine tools.

In 2013 ExOne decided to condense operations from six separate facilities around the Augsburg area into one main office, a project Leinauer took lead on. “I did most of the planning work and lead the project, and it was absolutely a dream to be able to design our own facility,” he said. When asked what unique features he included, Leinauer said the project defaulted to efficiency over uniqueness that could cause unforeseen circumstances down the road, stating, “We’ve tried unique things in the past and found we were doing things a bit weird, so we learned that sometimes the standard production solution is really the most effective one.” Today the facility has full ISO certification and produces industrial 3D printers they’re proud to carry the label ‘Made in Germany.’

But in a rapidly changing industry and in a continuously growing company, Leinauer must keep his production flexible as well. “Traditionally we produced ExOne’s sand machines here in Germany. The S-Max was our flagship but now we’re also producing the X1 160Pro, which has different health and safety considerations because it’s a metal powder system,” he explained. His team has taken lessons learned from the build of the first X1 160Pro machines to continue making adjustments to the shop floor for safety and production optimization. “I’m never bored,” he says, explaining that these days he’s faced with the challenge to try and continue normal production during the material shortages faced by many companies due to the global supply chain delays. “From chips to sheet metal, we see the effects as well,” he said.

And while a production facility may invoke images of dark, dirty, and old-fashioned, Leinauer is proud of the modern, clean, and environmentally friendly workspace he helped create. Beyond an ideal production and office space, the ExOne facility was also designed to be green, utilizing both geothermal heating and a solar-roof installation that provides electricity to the company. “During the day we are able to produce nearly 100% of our energy consumption by ourselves,” he said. While solar installations are more common in Germany, Leinauer even has them on his roof at home, an industrial installation at this scale is still unique, but part of the core mission at ExOne to make manufacturing more sustainable, and he’s proud to lead the way.