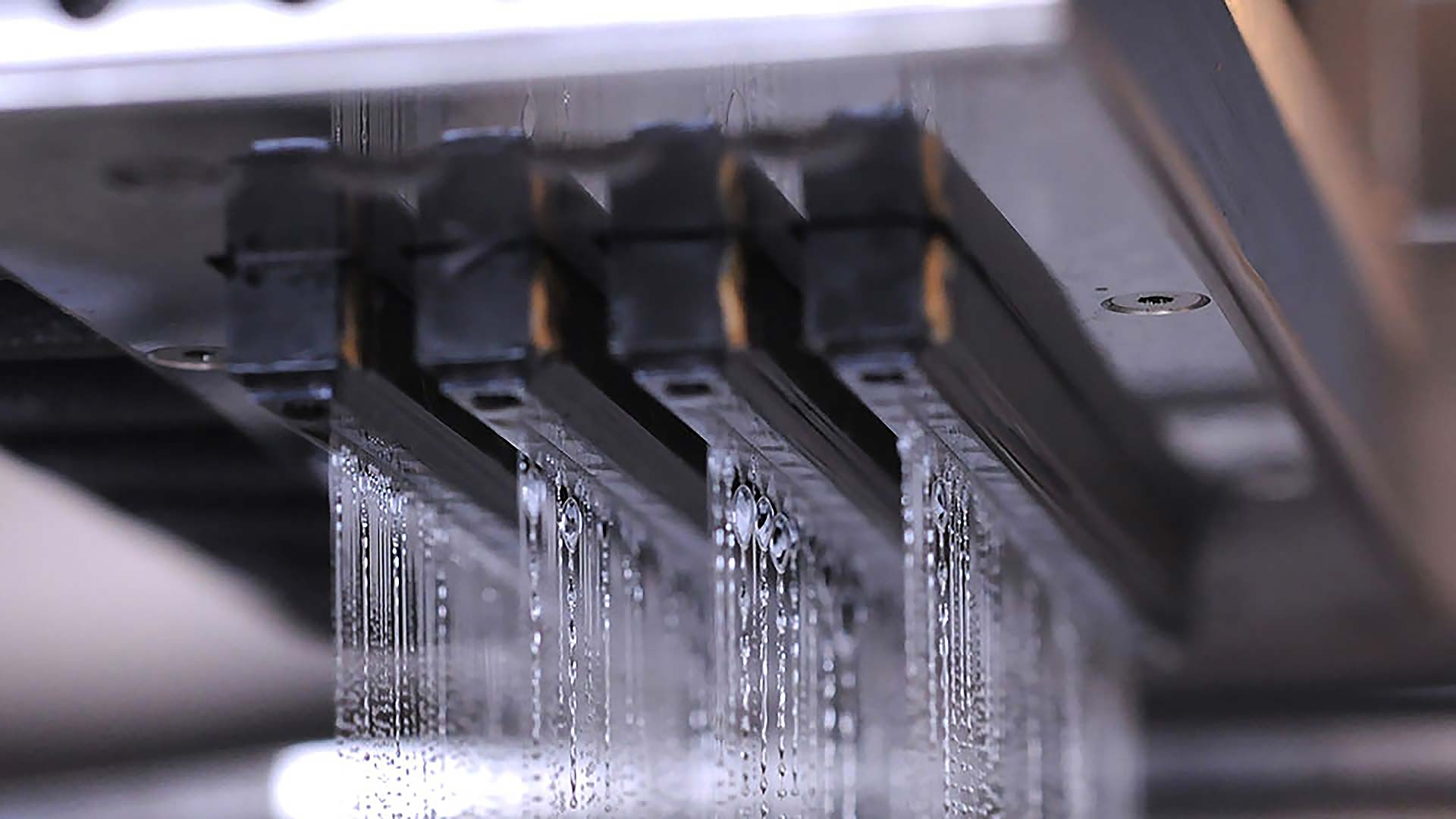 Binder jetting is an additive manufacturing process in which an industrial printhead selectively deposits a liquid binding agent onto a thin layer of powder particles —  foundry sand, ceramics, metal or composites — to build high-value and one-of-a-kind parts and tooling. Similar to printing on sheets of paper, the process is repeated layer by layer, using a map from a digital design file, until the object is complete.

Initially developed at the Massachusetts Institute of Technology in the early 1990s, ExOne obtained the exclusive license to this inkjet-in-powder-bed method of 3D printing in 1996. Two years later, ExOne launched the market's first commercial binder jet 3D printer for metals, the RTS-300. In 2002, ExOne launched its first sand 3D printer, the S15, for printing sand molds and cores for metalcasting industrial parts. Acquired by Desktop Metal in 2021, ExOne systems today focus on supporting foundries with production sand mold and core machines as well as advancing infiltrated 3D printed objects in materials ranging from sand and ceramic to reclaimed concrete and upcycled sawdust.

Many metalcasting applications printed with furan binder require little to no additional post-processing. Other binder systems require a curing process after the print. Industrial tools or end-use designs are infiltrated with another material to create a desired matrix or durable composite material. Other materials, such as metals, are cured and sintered after printing to achieve high densities.

By contrast, many other forms of 3D printing build parts with a single point — often a laser or nozzle — that extrudes, melts or welds material together. Such processes require significantly more material and time to draw out each part with a single point, layer by layer.

3D printing straight from CAD files enables foundries to eliminate the months-long lead times and high costs of traditional patterns and core boxes created from wood or metal. The design freedom of additive manufacturing also allows designers to innovate the parts made with the reliable casting process – creating complex, consolidated geometries that enable lightweighting and optimized part performance not possible with traditional processes.

To see how customers are using binder jet 3D printers from ExOne to transform their business, see our case studies.