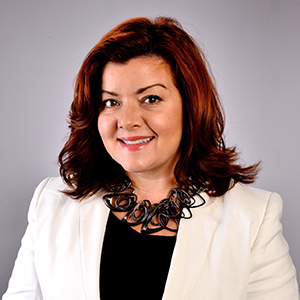 Sarah A. Webster joined ExOne in August 2019. Ms. Webster is a recognized thought leader in the 3D printing industry, having been named one of the Most Influential Women in 3D Printing in 2018. She previously served as the global marketing director of EnvisionTEC, a healthcare 3D printing leader, and as the Director of Content and Strategy for the Society of Manufacturing Engineers, which produces the Rapid + TCT 3D printing event and manages a thriving community of additive manufacturing experts. At SME, Ms. Webster also served as Editor-in-Chief of Manufacturing Engineering magazine, where she also launched the podcast, Advanced Manufacturing Now. Ms. Webster’s special reports on manufacturing, such as the National Network for Manufacturing Innovation, have earned national media attention. For more than 10 years before joining SME, Ms. Webster was an award-winning business journalist, having ended her mainstream media career as the business and automotive editor for the Detroit Free Press, where she oversaw coverage of the 2008-2009 financial crisis. Ms. Webster has a BS in Journalism from West Virginia University, where she served as Managing Editor of the Daily Athenaeum.