Our board members serve to provide guidance to ExOne's organization and vision.

The Board believes that Mr. Rockwell should serve as a member of the Board because he has intimate knowledge of ExOne, its business and operations and the risks, challenges and opportunities it faces. In addition, Mr. Rockwell brings to the Board more than forty years of experience with strategic planning, acquisitions and integration, marketing, finance and accounting, operations and risk management, having served in numerous executive and director positions at other public and private companies before joining ExOne.

Mr. Hartner has served as our Chief Executive Officer since May 2019 after joining the Company in November 2018 as Chief Operating Officer. He began serving on our Board on May 13, 2020.  Mr. Hartner founded Digital Industrialist LLC, a company that invests in and advises digital manufacturing businesses, in 2017 and has led the company since that time. Prior to that, Mr. Hartner served as the Chief Operating Officer of EnvisionTEC Inc., a 3D printing firm, from March 2015 to April 2017, where he was responsible for all global business operations. This role followed a nearly 15-year career leading business units of Dover Corporation across the globe from December 2000 to March 2015, where Mr. Hartner served as the President and Chief Executive Officer of the Dover Printing & Identification Segment, among other positions. Mr. Hartner represents ExOne as a founding member of the Additive Manufacturing Green Trade Association.

Mr. Hartner received an M.B.A. from the University of Chicago — Graduate School of Business in 1989 and a B.S. in Mechanical Engineering from Villanova University in 1985. Mr. Hartner's previous business experience in digital manufacturing and global printing would provide the Board with specialized industry knowledge. As Chief Executive Officer of ExOne, Mr. Hartner also contributes his unique insight into the Company’s business operations, opportunities, and challenges.

Mr. Irvin began serving on our Board on January 1, 2013, when we were formed as a Delaware corporation. From October 2016 to October 2017, Mr. Irvin served as the Chief Financial Officer of Mine Vision Systems Inc., a 3D vision and mine mapping software company. Mr. Irvin has also served as a senior advisor to Rockwell Forest Products, Inc., a forest products company controlled by S. Kent Rockwell, since September 2015.

He was previously employed by the Company, serving as Special Advisor to the Chairman of ExOne from January 2014 through August 2015 and as Chief Financial Officer from October 2012 until December 2013. From 2008 to 2012, he was President of PartnersFinancial, a national insurance brokerage company owned by National Financial Partner Corp. (“NFP”), a publicly-traded diversified financial services firm. From 1993 to 2008, he was Chairman and Chief Executive Officer of Innovative Benefits Consulting, Inc., a life insurance consulting firm and wholly-owned subsidiary of NFP. From 1983 to 1993, Mr. Irvin was a partner of Mid Atlantic Capital Group, a financial services company, which he co-founded in 1983 and where his highest position was Vice Chairman. In 1979, Mr. Irvin formed the certified public accounting firm of John Irvin and Company. From 1976 to 1979, he was an accountant for Arthur Andersen LLP.

Mr. Irvin was selected to serve as a director of ExOne because of his significant financial and accounting experience, having served in the financial services industry for a number of years and as an accountant for Arthur Andersen LLP. Mr. Irvin brings expertise to the Board in the areas of financial analysis and reporting, internal auditing and controls and risk management oversight. He also is able to provide both strategic and operational vision and guidance to the Board, having served in several executive-level positions before joining ExOne.

Mr. Pashke began serving on our Board on May 18, 2016. Mr. Pashke has served as President of Pashke Consulting, a strategic, tactical and valuation consulting services company since 1997. Mr. Pashke was a founding and managing partner of Pashke Twargowski & Lee, a northwestern Pennsylvania regional certified public accountant (“CPA”) firm from 1974 to 1997. In addition to managing the firm, Mr. Pashke provided managerial and financial consulting and auditing and accounting assurance services primarily to closely held manufacturing and service enterprises. Mr. Pashke was Vice-President of Finance for Keystone Aeronautics, a multi-state air charter, aircraft sales and fuel concession enterprise from 1973 to 1974 and was a Senior Accountant with the auditing firm of Ernst & Young from 1971 until 1973.

Mr. Pashke has been active in many professional organizations, having served on the National Governing Council of the American Institute of CPAs and as National Vice President of the Society for the Advancement of Management. He has served on the Board of Directors of the Institute of Management Accountants, Palm Beach Chapter, since 2011. Mr. Pashke also was a member of the Governing Council and the Executive Committee of the Pennsylvania Institute of Certified Public Accountants (“PICPA”), where he chaired the Long-Range Objectives and Nominations Committees. Mr. Pashke also served on the Ethics and Centennial Committees and as the President of the Erie Chapter of the PICPA.

Member of the Audit Committee

Mr. Semple began serving on our Board on February 5, 2013 and currently serves as our Lead Director. He served as a professor of law at the Detroit Mercy School of Law in Detroit, Michigan from 2004 through his retirement in 2015 (serving as its dean from 2009 to 2013). Prior to 2004, he practiced law at Dykema Gossett, a Detroit-based law firm, where he was Chairman and Chief Executive Officer from 1995 to 2002.

He has served as outside counsel and director for several business enterprises. He was a director of Argon ST from 2004 to 2010. Mr. Semple brings to our Board extensive legal and corporate governance expertise and experience from his nearly forty-year career as an attorney in private practice, where he focused primarily on general corporate matters, mergers and acquisitions, and financial markets and services. His extensive service as counsel and director of several businesses has been extremely beneficial as he serves as the Lead Director of our Board.

Mr. Strome  began serving on our Board on May 4, 2015. Since August 2015, Mr. Strome has served as an adjunct professor at the John F. Donahue Graduate School of Business, Duquesne University. Mr. Strome also currently serves on the boards of the Merle E. Gilliand & Olive Lee Gilliand Foundation and Aspinwall Riverfront Park. From October 2014 to July 2017 (when the company was sold), Mr. Strome served as a director of FBR & Co. (“FBR”), a publicly traded company providing investment banking, merger and acquisition advisory, institutional brokerage, and research services. He also served as a member of the audit committee of FBR’s board. Mr. Strome previously served as Senior Vice President, Finance & Administration of RTI International Metals, Inc. (“RTI”), from November 2007 until his retirement in April 2014, during which time RTI was a NYSE-listed global supplier of advanced titanium products primarily to the commercial aerospace market. He led the public company’s strategic planning activities, acquisition and divestiture initiatives, and capital procurement as well as investor relations and treasury functions. He was also responsible for RTI’s information technology and insurance functions.

In 2006 and 2007, prior to joining RTI, Mr. Strome was a principal at Laurel Mountain Partners where he focused on raising acquisition financing for its principal portfolio company — Liberty Waste Services. From 2001 to 2006, Mr. Strome was a Senior Managing Director in FBR’s Investment Banking group. From 1997 to 2001, he served as a Managing Director of the capital markets broker-dealer of PNC Financial Services Group, Inc. (NYSE: PNC), focusing on mergers and acquisitions as well as strategic advisory services, and from 1981 to 1997, he served as Deputy General Counsel and Corporate Secretary at PNC.

Mr. Strome holds an undergraduate degree in Economics from Northwestern University and a J.D. and M.B.A. from the University of Pittsburgh. Mr. Strome brings a high level of financial, strategic and corporate governance expertise to the Board based on his experience as a senior financial executive officer of RTI, including leading its treasury functions, as a Senior Managing Director in FBR’s Investment Banking group, and as Deputy General Counsel and Corporate Secretary of PNC. In addition, Mr. Strome also has prior experience serving on a public company’s board and audit committee. The Board has determined that Mr. Strome’s experience with accounting principles, financial reporting and evaluation of financial results qualifies him as an “audit committee financial expert” for purposes of membership on our Audit Committee.

Chair of the Audit Committee

Member of the Nominating and Governance Committee

Mr. Thiltgen began serving on our Board on August 8, 2018. Since 1992, he has been majority owner and President of Tanglewood Resort Properties Inc., which operates a Resort Hotel, Conference Center and Real Estate Development in North Texas. Mr. Thiltgen also currently serves as President of Champion Resources Inc., a privately held investment company dealing primarily with oil and gas and real estate investments, a position he has held since 1986.

From 2014 to 2017, Mr. Thiltgen served as the managing member of Puris LLC, a firm primarily engaged in the manufacture of titanium powder, and to a lesser extent in printing titanium powder utilizing binder jetting 3D printers provided by ExOne. Additionally, Mr. Thiltgen previously served as a board member and Manager of Corporate Development for Astrotech International Corporation, formerly listed on the American Stock Exchange, a company that manufactured, repaired, and serviced above ground storage tanks for the oil and gas industry (1989-1996). He was also Co-Founder and President of HMT Inc., an engineering and consulting company that was acquired by Astrotech (1978-1989). At HMT, he received three U.S. patents for emission control devices manufactured and sold by HMT.

Mr. Thiltgen holds a B.S. in Civil Engineering from The University of Wisconsin-Platteville. The Board has determined that Mr. Thiltgen’s technical knowledge, experience with the Company’s machines, and background in emerging technology businesses will assist the Board as it makes decisions to further advance binder jetting technology for industrial applications.

Ms. Wachtel began serving on our Board on February 12, 2013. She has been a principal and director of Wachtel & Co., Inc., an investment firm in Washington, D.C. involved with the development of growing companies, since 1984. Ms. Wachtel has been a director of VSE Corporation (Nasdaq: VSEC), a provider of engineering services principally to the federal government, since 1991 and of Information Analysis Inc., a provider of information technology technical services, since 1992.

Her industry experience includes service on the Advisory Committee for the National Market System Consolidated Audit Trail, LLC, an entity created by order of the SEC (2018-2020), and the Hearings Panel for Nasdaq Listing Qualifications (2006 to 2016). She practiced law at Weil, Gotshal & Manges in New York from 1980 to 1984.

Ms. Wachtel brings substantial corporate governance and regulatory compliance expertise to our Board, having served as a director for more than a dozen public and private corporations and on the Hearings Panel for Nasdaq Listing Qualifications. She also worked for years as an attorney in private practice, during which time she focused primarily on business law, corporate finance and securities law. In addition, Ms. Wachtel holds an M.B.A. in Finance from the University of Chicago and is a Chartered Financial Analyst. As such, she brings significant expertise to the Board (and our Audit Committee, on which she serves) in the areas of financial analysis and reporting, internal auditing and controls and risk management oversight.

Member of the Audit Committee

Chair of the Compensation Committee 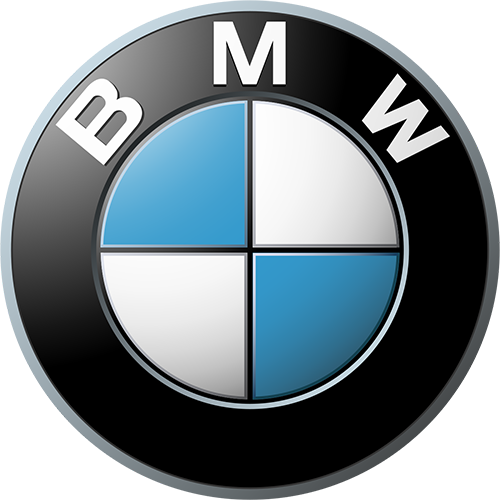