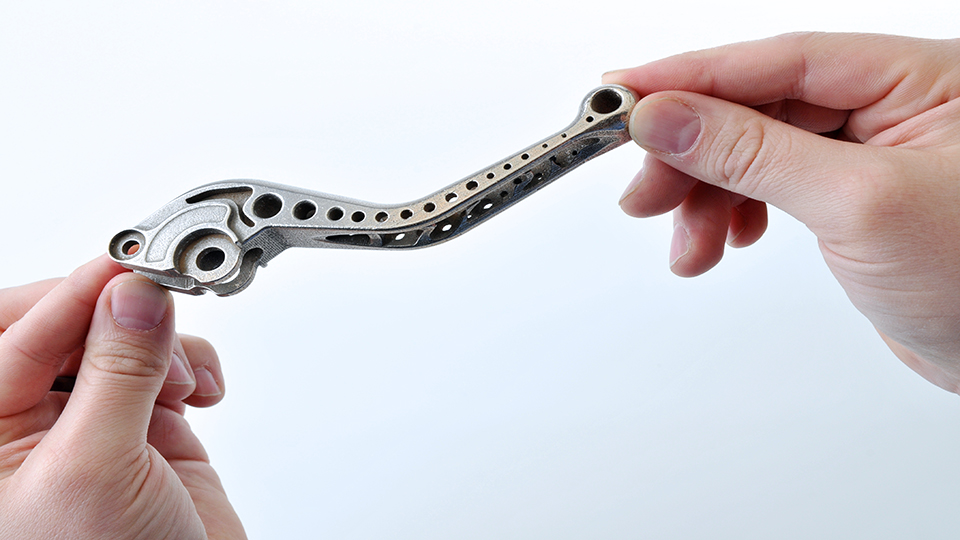 A Metal 3D Printing Partnership for 10 Years and Counting

The world’s leading 3D printing marketplace, Shapeways has printed more than 10 million parts and products since it was founded in 2007. Almost 10% of those parts have been stainless steel pieces printed on ExOne binder jet 3D printers.

While Shapeways customers have produced a variety of industrial parts on ExOne metal 3D printers, such as drones, handlebars and satellite propulsion systems, the Shapeways 3D community frequently demonstrates the creativity for which it is known.

Shapeways’ network of more than 1 million businesses, with 3D printing facilities in New York and the Netherlands, has used ExOne machines to make everything from industrial parts to art, such as public park structures, as well as everyday customer products. That frequently includes pieces for the tabletop gaming community, such as polyhedral dice and custom figurines.

In fact, Shapeways has 3D printed so many parts, and such a variety of shapes and sizes of parts, on ExOne machines over the years that Shapeways has been a critical customer in ExOne’s feedback loop for development of machines and process improvements.

- Tim Pierce, VP of Metal Commercial Products. He oversees the 24-7 production facility where Shapeways parts are constantly in production and provide important feedback on printing and sintering for different geometries and features.

Largely due to its affordable cost, the most popular metal material Shapeways offers on ExOne 3D printers is 420 stainless steel infiltrated with bronze. Two finishes are available: polished and antique bronze.

In recent years, ExOne machines have been capable of printing highly dense single alloys that do not require infiltration. Shapeways plans to offer ExOne’s single-alloy 316L, 304L and 17-4PH materials to its customers soon. Those premium materials are currently printed on the ExOne Innovent+ and the all-new X1 25PRO production metal 3D printer.

Both ExOne and Shapeways see their relationship expanding as ExOne continues to offer ever-larger binder jet 3D printers that print dense stainless steels such as 316L, 304L and 17-4PH that do not require infiltration. Shapeways is looking forward to offering ExOne’s single-alloy metals to its customers, as well as a rush service.

A Metal 3D Printing Partnership for 10 Years and Counting.