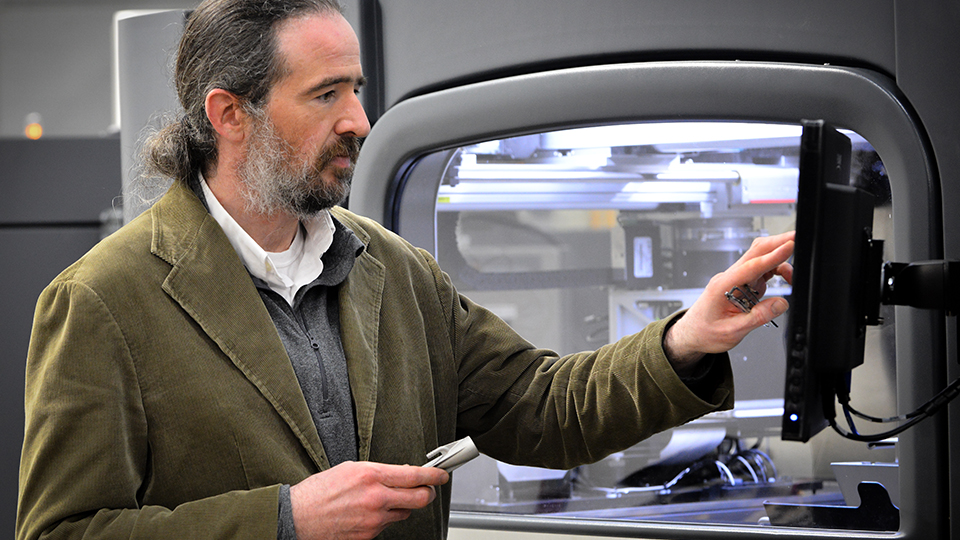 Let's start with the fact most MIM powders being printed are larger than the finest droplets ... 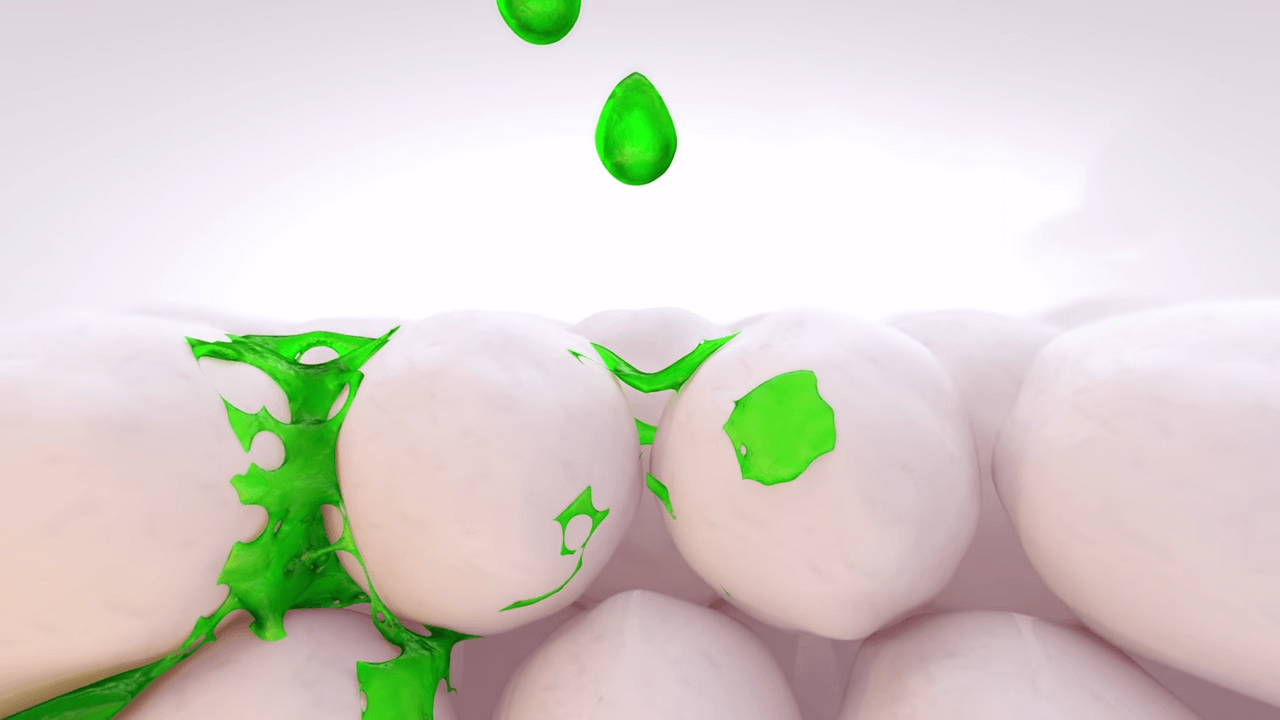 One of the greatest misconceptions in the field of binder jetting has to do with a metric that seems so simple: dpi, or dots per inch.

As the name suggests, dpi is an actual measurement that indicates precisely how many droplets a printhead can produce per inch.

The assumption that higher dpi values equals higher final part precision and surface resolution is a common misconception in the 3D printing world — right up there with the notion in the land of polymer printing that thinner layers automatically equals higher quality. (It doesn’t!) In both cases, there’s a range of other considerations.

So, let’s talk dpi. For a fun discussion on the topic, we buzzed ExOne Technical Fellow Dan Brunermer, a world-leading expert in binder jetting. He’s been doing it since 2001, and he developed one of the early metal binder jetting systems, the R2, which is still being used for production today.

“Well, the first issue is the powder,” Dan explained. “If you don’t have the powder to hold the dpi true, it kinda doesn’t matter.”

Reason No. 1: The Powder

Unlike printing on paper, the printhead in a binder jet system is printing on powderized materials: metals, sand or other ceramics. As Dan explained, these powders are not all perfect little rounds of equal sizes.

Microscopically, a pile of powder has a whole range of characteristics, including round or spherical shapes, non-spherical shapes, including angular and faceted particles. What’s more, powder particles aren’t all delivered in the same exact size. Powder comes in a distribution, usually D50, where half of the powder diameter is above and the other half is below a certain value. For a D50 of 22 microns, half of the particles would be under that number and the other half above.

What’s more, when you put a bag of powder into a machine, the powder orders itself, or packs, in a way that’s similar to how a pile of different sized marbles would in a glass, with the little marbles squeezing into the spaces between the big marbles. It’s literally a mixed bag.

The goal of the printhead in binder jetting sounds simple enough: drop enough binder on these particles, with enough energy, to fully wet, or saturate, them in the X, Y and Z direction so they precisely bind adjacent particles where desired. 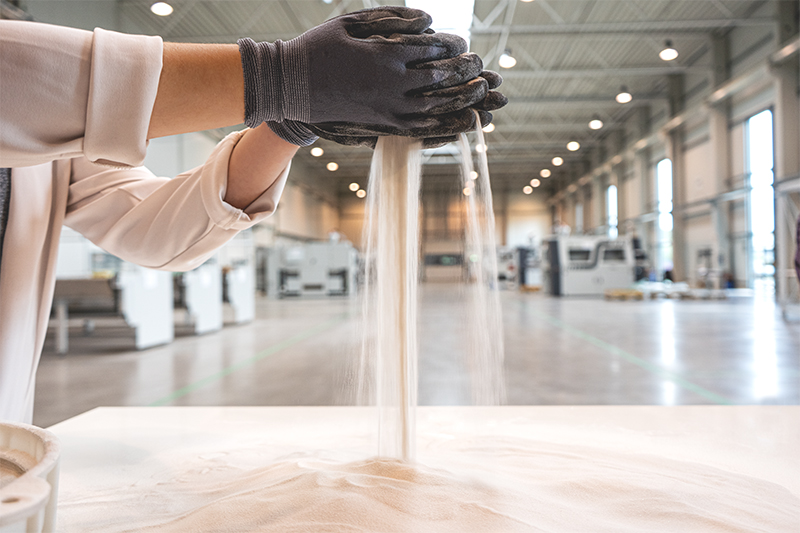 On a microscopic level, this means the binder has to hit this mixed bag of particles and essentially surround each particle individually with fluid so it sticks to the adjacent particles. Depending on what powder you’re printing, your printhead may also need to process a range of binder viscosities. Some powders are partial to thinner binders, others to thicker ones.

Now, a little math. A 1200 dpi printhead is one of the highest dpis used in the land of industrial printheads. Every single droplet produced by this printhead is equivalent to 21.17 microns, about half the cross section of a human hair.

So, let’s say you’re using a 1200 dpi printhead to print binder into a bed of metal powder with a D50 of 30 micron, a standard cut of AM metal powder. Will the binder hold a 1200 dpi tolerance when it hits the powder particles?

Nope. That’s because half of the individual particles themselves are actually bigger than the droplet jetted on top of them. In cases such as these, Brunermer explained: “You’re actually wasting dpi. It doesn’t help you to be any more resolute.”

Ok, so let’s change up our example and assume powder size isn’t an issue for our 1200 dpi printer. Imagine we’re using a powder with a D50 of 9 microns, so the largest particle size would be around 14 microns, well below the binder droplet size of 21.7 microns.

Now, we’re going to print a common layer thickness: 50 microns. Will we hold the 1200 dpi in the printbed?

In X and Y, the answer is a tentative yes. (More on that later). But the dpi would not be held in Z — because a 50 micron layer is equivalent to 508 dpi. To hold the 1200 dpi in the vertical orientation, you’d need a layer thickness of 21.7 microns or less, which doubles the number of layers that would need to be printed.

Ultimately, this would also slow down the speed of your job by more than 50% because you’d have to make more than two passes to deliver the same layer height as one 50 micron layer.

If you want to print at a reasonable speed and layer thickness, Dan explained, “You’re certainly not going to get a 1200 dpi voxel out of it.”

Okay, so now let’s assume we’ve got the right size powder and layer thickness to hold your 1200 dpi true.

Now, you have to make sure that each powder layer and its level of compaction is high and consistent across the entire bed. If you’re not familiar with how easy it is to manage powder with a D50 of about 9 microns, let’s just say it’s like pouring and spreading baking flour. It clumps together when it pours and forms dust clouds when you try to spread it.

It takes a highly engineered powder management system with extreme precision and control to dispense, spread and compact your ultra-fine powder to hold any dpi. This is critical to holding the dpi in X, Y and Z, regardless of powder size.

If you don’t get your powder bed consistent and tight, layer after layer, you might as well be printing your 1200 dpi binder on a piece of paper with holes in it because those little particles won’t be packed in close enough together to receive the binder.

“If your powder isn’t consistent and compact, the binder will just bleed into the gaps and you’ll lose your resolution,” Brunermer explained.

Even worse, the final shape will not be microstructurally dense and sound, and it actually won’t sinter well into a fused metal part. “Compaction is a huge predictor of success in the furnace,” Dan said. “High green density of binder jetted parts means less shrinkage, less distortion and tighter tolerances.”

Reason No. 4: Location Control of the Printhead

Too much precision can be a challenging thing sometimes. It’s why shooting a target with a shotgun is easier than a rifle.

If you have a super precise printhead with a high 1200 dpi, you have to make sure that each of those droplets hits the exact X and Y location in your digital bitmap target. This is where software, mechanical controls, and their interplay are vital.

If you have a high dpi printhead and a subpar system to deliver your ultra-fine 21.7 micron droplets to the exact right X,Y location in the printbed, you are, literally, missing the mark. Smaller drops actually challenge control systems more on this point, because they have less room for error.

Reason No. 5: Drop Quality
Now, let’s assume we’ve got the right powder, layer height and systems for managing powder and accurately aligning the printhead. Everything is ready to deliver and receive that 1200 dpi droplet and hold it true in the print bed, right?

Did you know that not all 1200 dpi printheads deliver the same quality of 21.7 micron droplet? The droplet can be delivered with different shapes and levels of energy or velocity.

“What’s weird,” Dan explained, “is that what we found in our research is that less perfect drops make better parts. It’s called binder jetting, not binder dropping, right?

“If you really look at what works coming out of the nozzles, it’s jetting, getting a good thin stream with enough mass and energy so it really penetrates the particles. If that drop is too slow or too small or has too little energy, it just bounces off the surface of the powder. We actually try to make our drops more of a jet than a droplet.”

These five reasons are just a few of the reasons dpi isn’t a proxy for quality in binder jet 3D printing, and we haven’t even talked about holding that dpi through the final metal sintering phase.

So, what is the best way to determine the quality of a binder jetting system?

“The final answer is having an entire system that's been built, designed, and optimized, taking into account all of these variables,” Dan said. “Really the key isn't any one particular number, it's having the knowledge of how the entire system, and how the entire process works together, that really gets you to the high resolution, high repeatability parts.”

To truly compare binder jetting systems for accuracy and surface finish, the best way is to have your parts printed on the competing systems and compare the benchmarks. 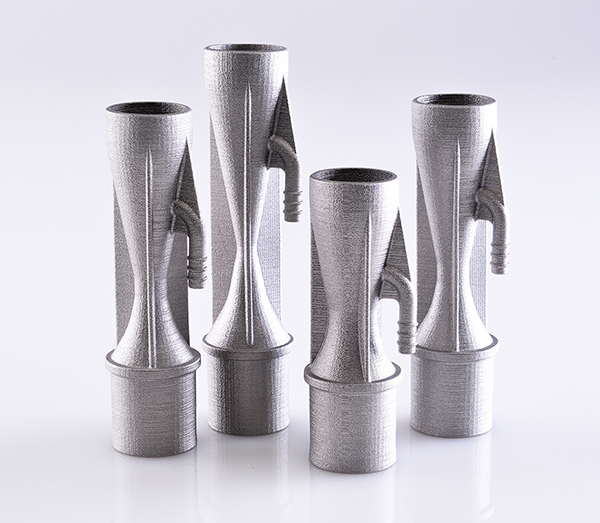